I have spoken to many clubs who use Team Unify and don’t know that there is an easy way to get a results file for any gala licenced their club members compete in, ready to import in the Team Unify.

The freely available ‘Club Rankings’ program from Sports Systems has an option to save a results file in .sd3 format that Team Unify can import.

To use Club Rankings you need to apply for a licence key and then download and install it.

The first step is to get a registered committee member from your club to email  club.rankings@swimmingresults.org and ask for a licence key. Details can be found on the main https://www.swimmingresults.org/ page, but it is amazing how many clubs have not noticed this useful information. 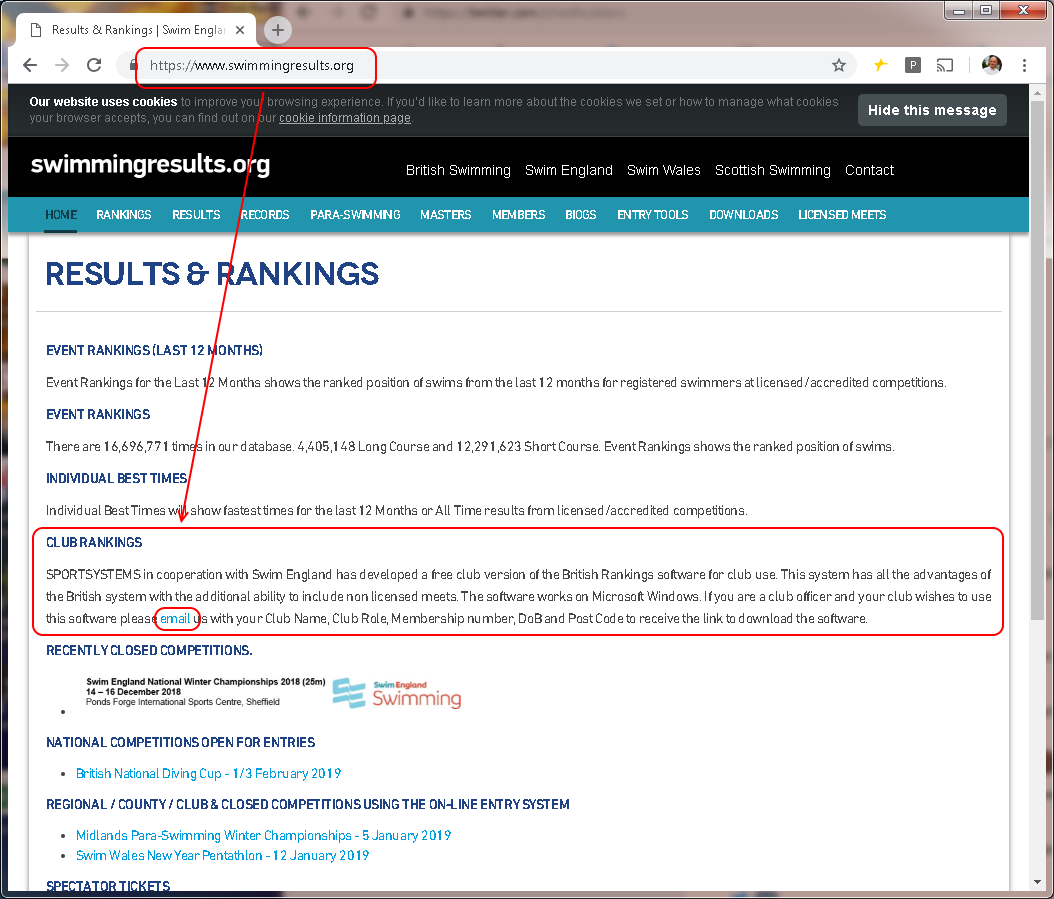 Unfortunately it can take some time to get a response, if you don’t hear back in 7 days try again and after another 7 days politely email rankings@swimming.org and ask them to chase for you. Generally this works. If not then get in touch, there is a small group of us who support each other using Club Rankings and we can try to help.

Once you have received your link to download and install Club Rankings and entered your licence key, you should find the screen below. Click on ‘Meets’ on the menu. 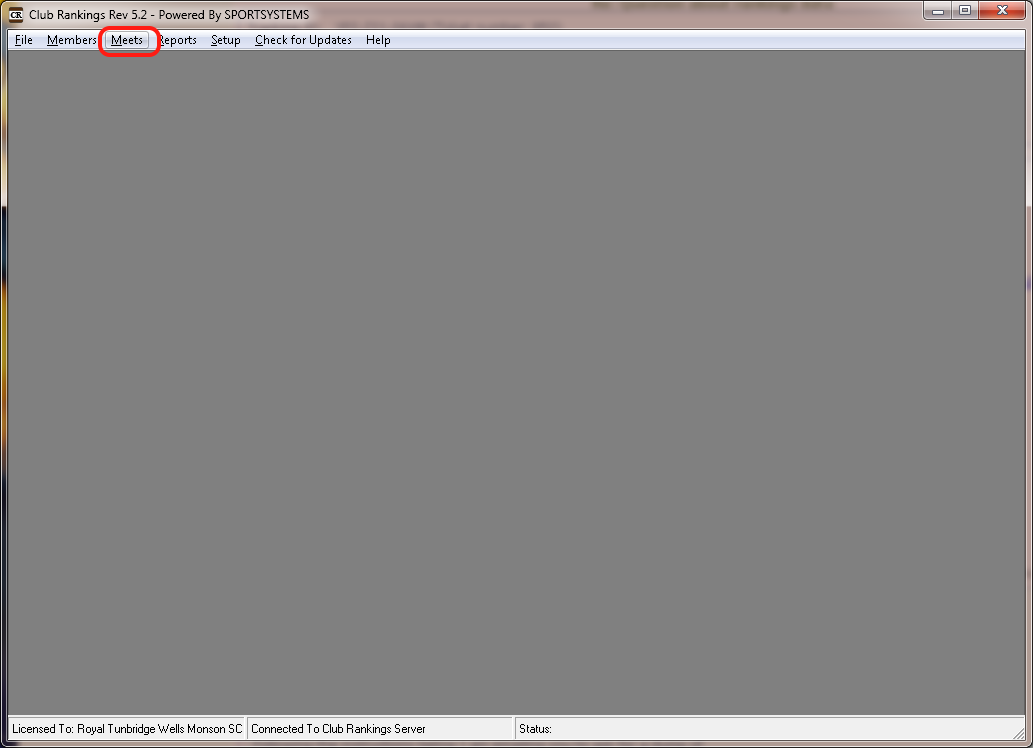 After a few seconds a list of all the meets any swimmers from your club has entered will appear. This is generated from rankings so all galas, even if entered privately by just one swimmer, will be shown.

Use the Export menu to save a results file for a meet. 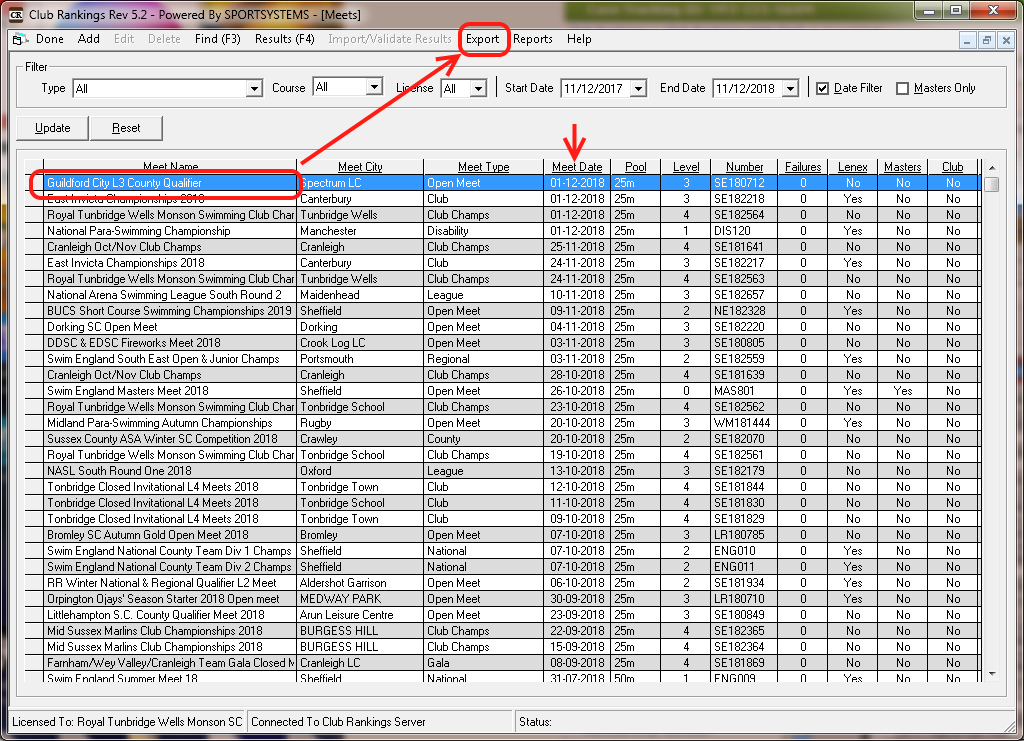 The results files are saved in .sd3 format ready to import in to Team Unify. 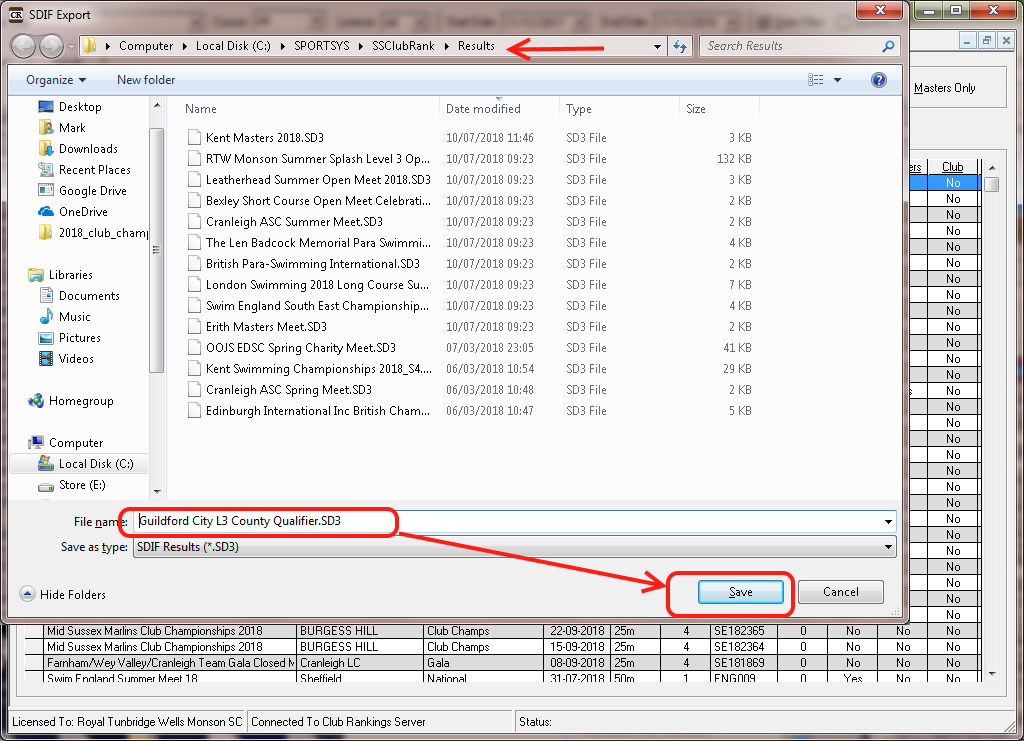 Update 17/10/19:
Two problems have become apparent and they are both issues in Club Rankings.

1) If the gala name contains a ‘/’ then Club Rankings crashes when you try to save the results file. This problem would probably also occur if the gala name contains any character that is not allowed in a windows file name and could easily be fixed by substituting these problem characters with a safe alternative. I originally reported this to Sportsystems in 2018 and assumed it had been fixed, but apparently not 🙁

2) If you have a gala which extends over a weekends (say several sessions of a club championships) they will often have the same name on rankings, so you have to be careful not to save the second results file over the first. Again reported to Sportsystems in 2018 with the suggestion that they add the licence number to the start of the filename to prevent this issue, but not yet fixed. Adding the licence number would help by keeping a record of the ‘level’ of the meet results too.